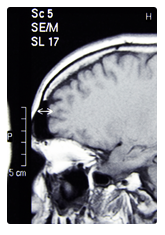 The ruling [on Gary Fulmer's case ] essentially changed state law on the responsibilities of alcohol servers and allowed Baron to negotiate a settlement for his client.

In February 1993, Gary Fulmer went to the Timber Inn Restaurant and Lounge in Coos Bay, Oregon, for a social evening with his family. He was drinking in the lounge on the second level of the restaurant building. The only way to leave the lounge is to walk down a flight of stairs. When Fulmer got up to leave the lounge, he fell down the stairs, causing a severe brain injury. During the course of the evening, the restaurant operators served Fulmer substantial amounts of alcohol — even though Fulmer was visible intoxicated. Baron represented Fulmer in a lawsuit against the restaurant, charging that the restaurant was negligent by continuing to serve alcohol to an intoxicated individual in violation of state law.

Conventional legal wisdom at the time dictated that a drinking establishment could not be sued for injuries suffered by a customer who had been served too much alcohol. However, Baron believed the reasoning that led to that line of thinking was faulty. The Coos County Circuit Court refused the lawsuit, stating that Fulmer had no cause for action. Baron persevered and appealed his client's case to the Oregon Court of Appeals and then to the Oregon Supreme Court. He convinced the Supreme Court that a bar could be held responsible for its actions in serving alcohol to an already intoxicated customer. In July 2000, the Supreme Court agreed and ruled that the claim had cause to go forward. The ruling essentially changed state law on the responsibilities of alcohol servers and allowed Baron to negotiate a settlement for his client.