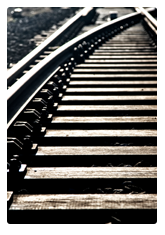 Gregory Whitley was awarded $163,000 by a jury for injuries sustained while working for Southern Pacific and stepping off a ladder affixed to a railroad car. Mixed in with crush rock that formed the bedding for the track was a large boulder that Whitley stepped on, causing his ankle to twist. Southern Pacific blamed Whitley for his injury and fined him for a three-month period. Baron's research showed that Southern Pacific, rather than Whitley, was liable for the injury because of a regulation that favorably protected railroad workers and required crushed rock in work surfaces to be no greater than one inch in diameter. The case set national precedent when the Oregon Court of Appeals agreed with Baron.